Benefits and Philosophy
of Yoga

The ancient science of yoga has its origins hidden in the mists of time and yet continues to develop and evolve today. It is an alive, breathing art form, inspired from the depths of nature, and is just as relevant now as it always has been.

Yoga is not simply a series of postures but a whole way of life encompassing diet, massage, relaxation and meditation. In addition to being a fantastic way to stay in shape, yoga also encourages the body’s natural healing powers and can be used to treat a wide range of health problems, both physical and emotional.

Yoga is a science of life, developed over thousands of years. It promotes health and happiness by working on harmonizing the mind, body and spirit. Anyone can practice yoga, no matter the age, level of fitness & health, body weight, or religion.

People take up yoga for many different reasons, but whether it is for reducing stress, toning up or seeking help for a specific physical or emotional complaint, yoga practise will undoubtedly alter the student’s perception of the world; it promotes vitality, mental serenity, and the opportunity for self-development.

Asanas work on every part of the body, loosening joints and stretching muscles to improve posture and maintain strength and flexibility. The exercises improve circulation, promote the efficient functioning of internal organs and have a wide range of therapeutic benefits. When physical and mental tensions are released, vast resources of energy are set free. 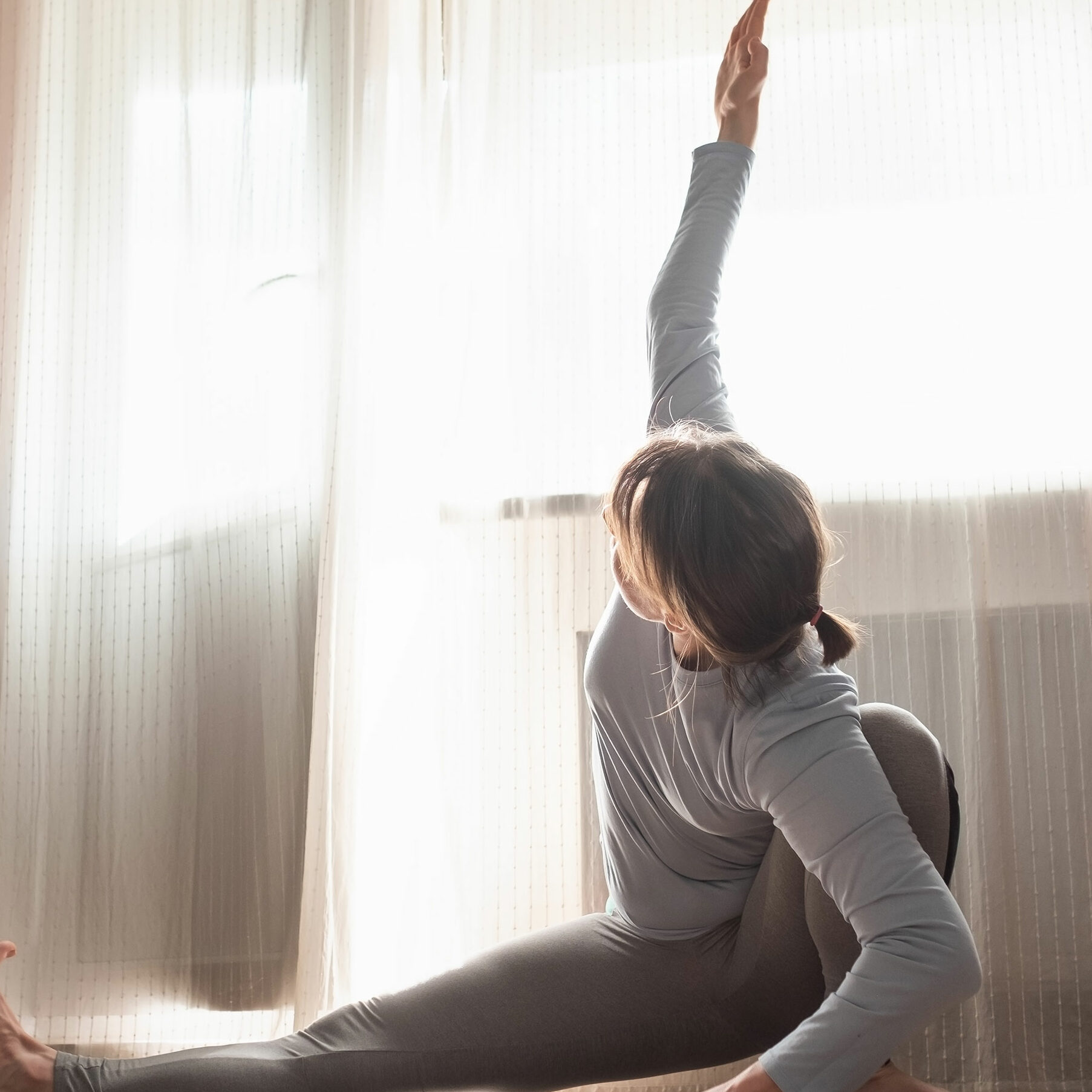 Pranayma revitalises the body and helps to control the mind. It assists in balancing the nervous system. The breath is said to be the bridge between the mind and body, and between conscious and unconscious states. By focusing on the breath, the mind becomes calm and integrated. 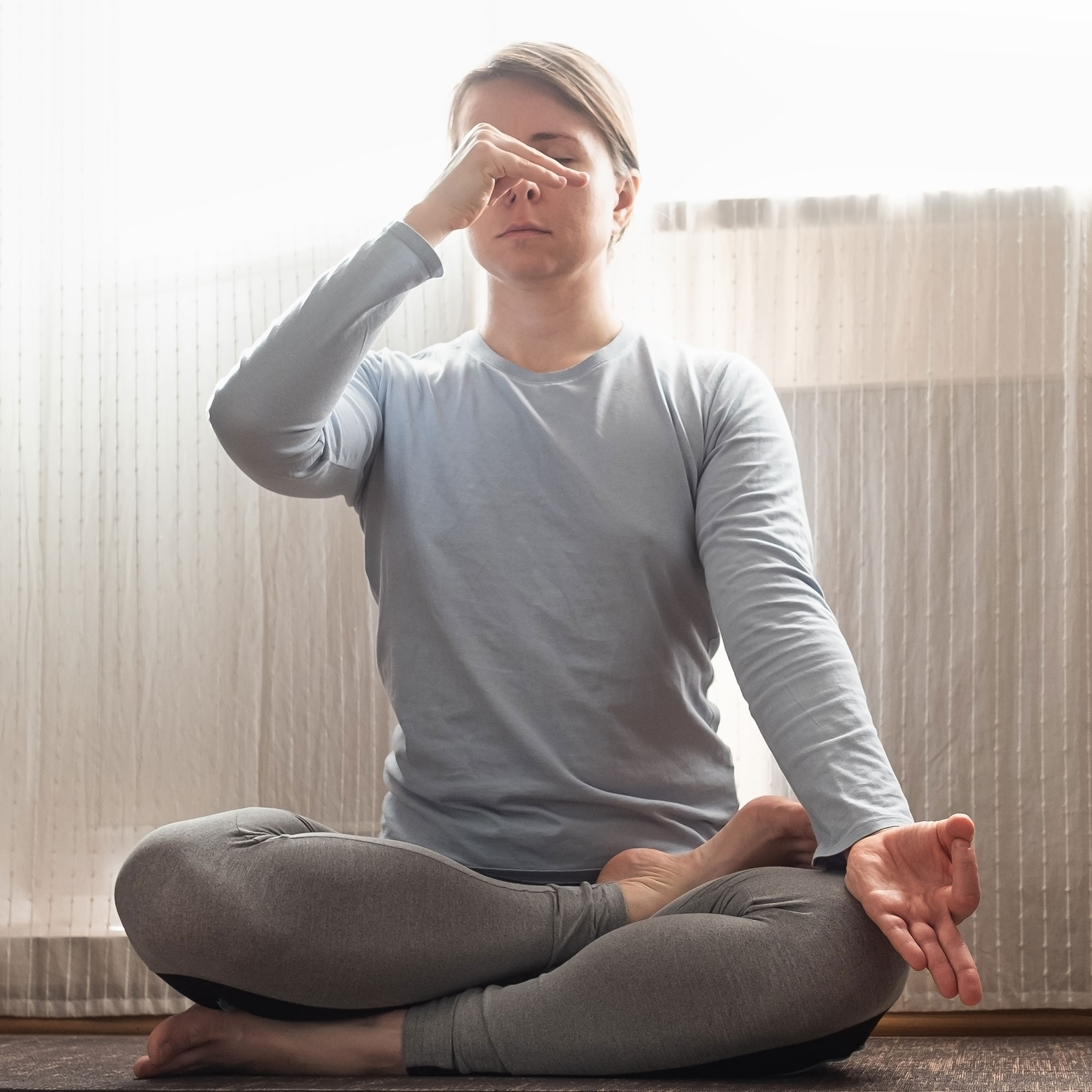 Relaxation counteracts the effects of stress and allows the body to recharge. 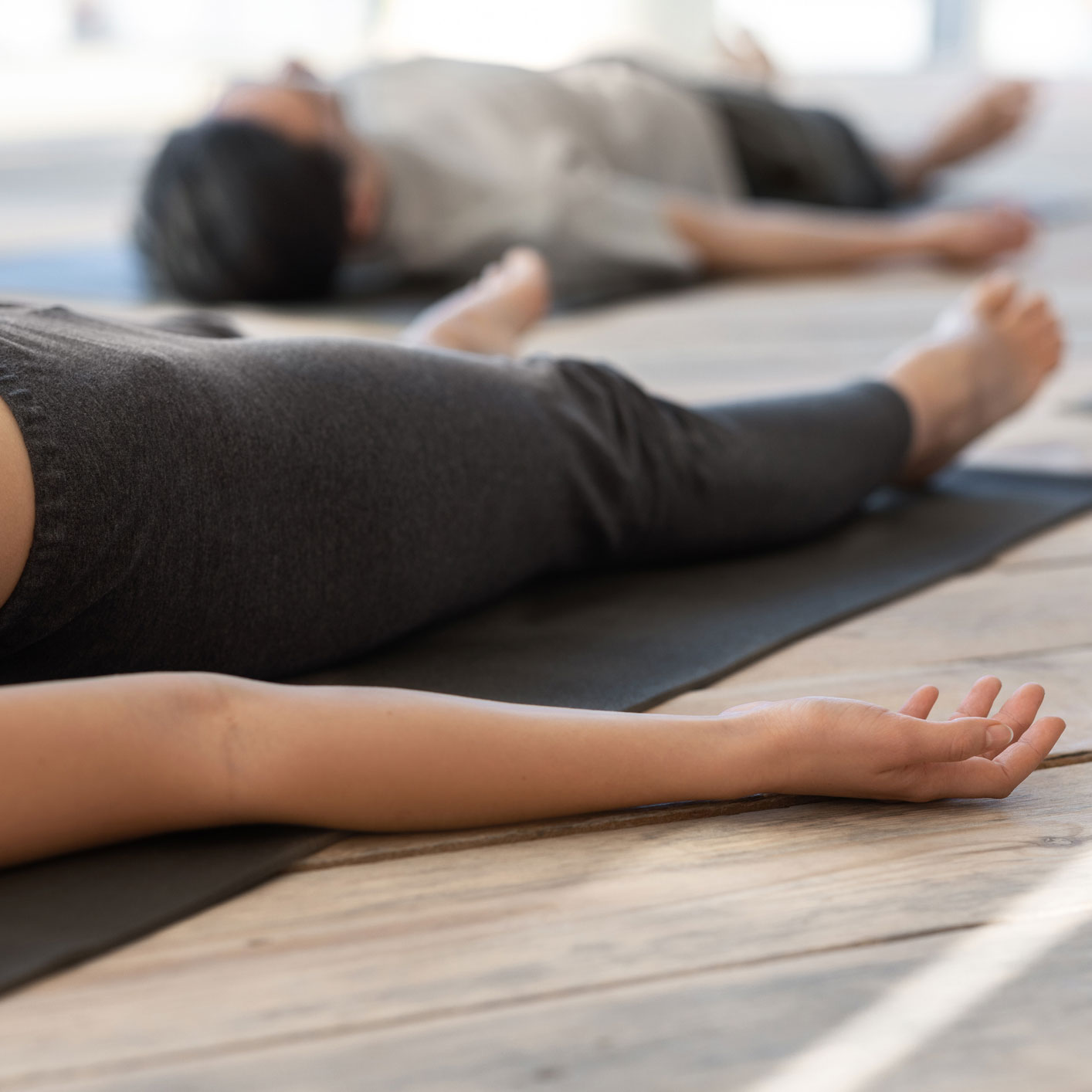 The Eight Limbs of Yoga

Over 2000 years ago, an Indian Sage, called Patanjali compiled ”The Eight Limbs of Raja Yoga” (Raja means royal) in the ”Yoga Sutras”. His message is ”do the work on the body to settle the mind and achieve bliss”. The eight limbs are a progressive series of steps or ”common sense” guidelines, which purify the body, mind and spirit – ultimately leading the Yogi to enlightenment.

Starting with the Yama and Niyama – these are self observations and restraints to help clear negativity from the mind, body and heart.

Asanas are the postures and Pranayama is the practice of breath regulation to expand and enhance our life energy.

Pratyahara means sensory withdrawal and in the ancient scriptures it is suggested that the entire cosmos is situated within the human body, therefore it is understood that the source of happiness lies within each individual. By withdrawing our senses from external stimulation we are able to connect to this inner well of contentment.

Dharana is the practice of concentration which can take many forms, such as complete attentiveness to the flow of the breath in harmony with the movement of the body, or focusing on the glow of a candle flame. Whatever technique is used, the aim is the same – to clear and focus the mind in order to move into a meditative state.

Through the practice of concentration (dharana), Dhyana (meditation) will begin to naturally follow if time is given. Meditation is where we can go beyond time, space, conditions and limitations, allowing our individual core of consciousness to expand and connect with the infinite universal consciousness.

Samadhi is enlightenment, the bliss state of oneness. It is considered the ultimate yoga and transcends meditation. It is without seed as it goes beyond beginning and end, it is a state of absolute liberation and bliss where nothing is needed, desired or required as the self has merged all.

The philosophy of yoga is encapsulated in ancient scriptures such as The Vedas, The Upanishads, Bhagavad Gita and the Yoga Sutras. They were written in Sanskrit which is the oldest known language.

Yoga is not a religion, it’s a philosophy and a way of life. We can translate what we learn from Yoga according to our own background, mind, culture and religion.

The word Yoga means ”to unite” and it comes from the Sanskrit word ”Yoke”. Hatha yoga (which is the yoga mostly practiced in the west), means sun and moon – or opposites, like hot and cold, light and dark, male and female, active and passive. Hatha is the union of opposites in order to reach balance. Hatha Yoga helps to harmonize and integrate these two polar energies of the universe to create physical, mental, emotional and spiritual balance and unity within.

In yogic philosophy the body is regarded as the vehicle of the soul and gateway to the inner temple of the divine. It recognises the body and bodily existence as a wonderful instrument through which the expansion of awareness and freedom of energy can be realised and united.

Yoga postures (asanas) have evolved over many centuries. Apart from cultivating physical beauty (kanti) due to enhanced pranic flow (life energy) through the body, asanas help to clear the mind and assist in the restoration of mental and physical balance, health, vitality and well being.

The Five Basic Principles of Yoga

The complex philosophies and teachings of yoga are simplified by the Sivananda school of yoga into five basic principles. By incorporating these principles into one’s own lifestyle one can develop and maintain the highest state of physical and mental wellbeing.

Proper exercise (asana) acts as a lubricating routine for the joints and muscles and other parts of the body by increasing circulation and flexibility. The asanas not only produce physical benefits, but are also mental exercises in concentration and meditation, promoting optimum good health.

Proper breathing (pranayama) focuses on using the lungs to their maximum capacity and controlling the breath, which should be deep, slow and rhythmical. This increases energy, vitality and mental clarity, cleansing the lungs of stale air and eliminating toxins from the body.

The release of tension through relaxation is vital to keep the body and mind healthy. By relaxing all the muscles deeply the body is rejuvenated and a deep sense of inner peace is attained.

The greatest nutritional plan is a simple diet of natural fresh foods to supply our body with vital energy. The yogic diet is a vegetarian one, consisting of pure, natural foods which are easily digested and may help attain a high standard of health, a keen intellect and serenity of mind. Of course, not everyone wants to be a vegetarian but one may wish to consider balance and moderation of diet.

By entertaining positive and creative thoughts we can bring about a vibrant state of health and a peaceful, joyful mind. A positive outlook on life can be developed by practising meditation; by calming the mind and bringing the focus inwards. If meditation is practiced on a regular basis, it can help to relieve stress, replenish energy and bring clarity of thought.

Use the online booking form or contact Ucci by email or phone for further details (including prices) and to check availability.